AYLA:  We are all very differnt sizes here.  Marley is almost 3x my size.  Laz is closer but he is 50% bigger.  I sometimes wonder why it was my fate to be so small. 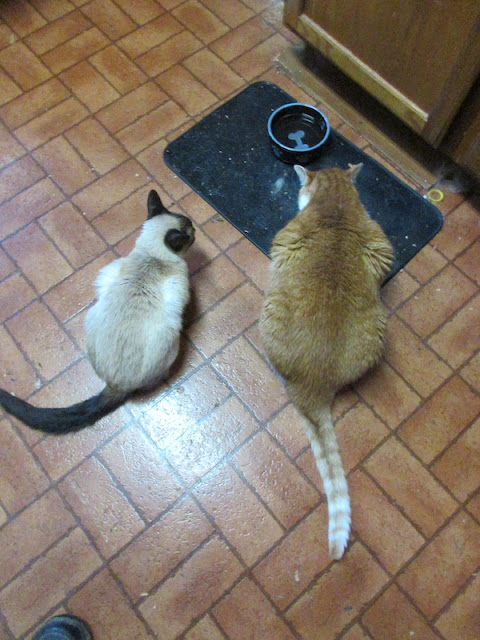 Marley is kind, but I always feels I can't really defend myself.  Laz was mean fer many Big Moons, ya know. 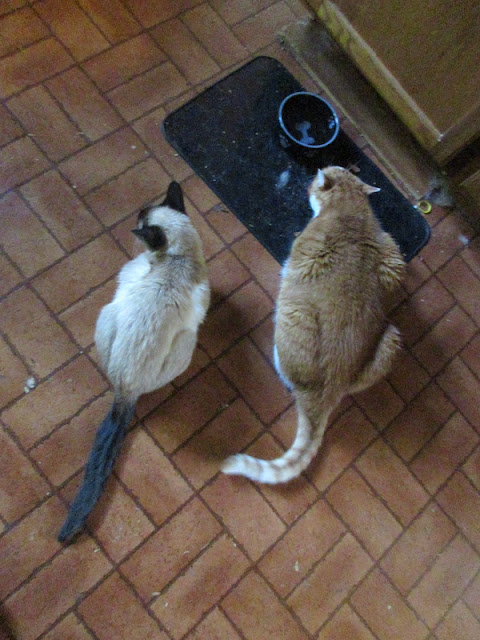 I dont even eat with the boys.  I can only feel safe eating in the bedroom or the dining table and when TBT is nearby. 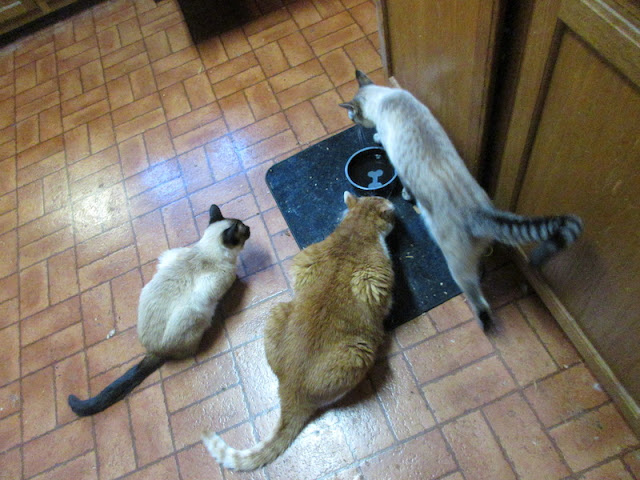 So I was surprised when TBT explained/reminded me that THAT was why I was here.  Well, Im 14, I dont remember everything from old years...

But he said he contacted a Siamese breeder and said if there was some cat "not suited to their needs" (whatever THAT meant), to let him know because he wasnt interested in breeding but wanted a Siamese cat.

They had one.  Me.  I was too small to be a Queen (which is why I am a Princess).  TBT drove thousands 100 40 miles to get me.  Only to find I had been spayed that morning and he had ta sit around in town 4 hours before he could bring me home.

I do remember the ride home.  That part was awful.  I hurt an didnt know where I was going to, but it sure wasn't "home" to Mom.  I was left in the PTU fer an hour while the hurts went away (Im tough) and stayed in the room fer 3 days while TBT came and visited me with food and scritchies and strokes.

I didnt know then, but TBT was rubbing the other cats fur on me.  I got used to the smell, and it kinna blended with mine but I was worried.

And he says he rubbed MY furs on them.  So after a while we all had smells like each other.

Skeeter was huge but very nice.  He sniffed me and decided I was OK.  LC was jealous, but since Skeeter accepted me, she did too.

So I got here BECAUSE I was small and unwanted.  Except by TBT.  He wanted me.

Later, after Skeeter and LC went Over The Bridge, Iza came.  And of course she was bigger than me.  Everycat here has been.  We fussed but nothing serious and got along.  Then Marley came along.  He chased me a few times outside, but was OK generally.  He became my best cat-friend.

Laz was a problem.  He was dominated in the first home (dogs and grabby-children), so he needed to dominate here.  It took a while ta calm him down.  But he IS good these days.  TBT does that.

So I guess that is why I survive bein so small.  And sometimes I think that iffen I WASNT small, I wouldnt be here...  Im glad I am.

And otherwise, I would not have had peaceful times with Laz, like this.

I guess it all works out in the right place.

We are THE MEWS. Two womancats and two mancats in the Green house on our street. That's everywhere, right? Oh, and The Big Thing lives here with us. He gets the food and cleans our litterboxes and is The Warm Lap. You all must live somewhere nearby, but we never leave our yard. 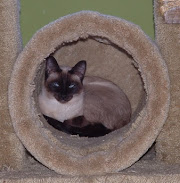 LAPIS LAZULI, THE ONCE CRAZY 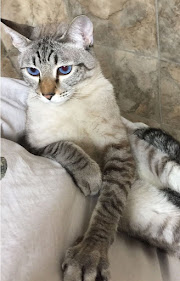 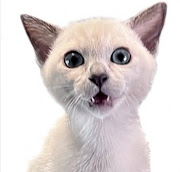 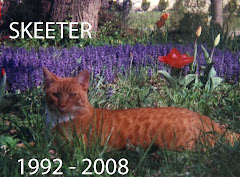 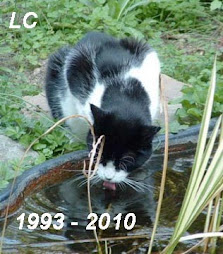 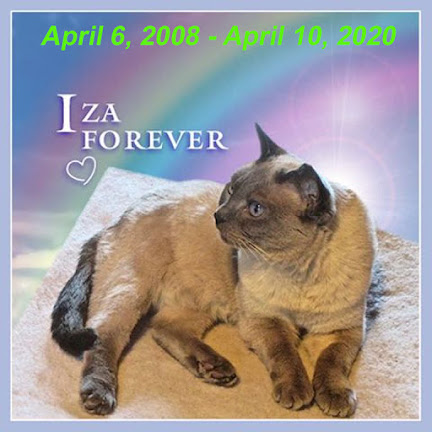